What will you do in summer when the work disappears? 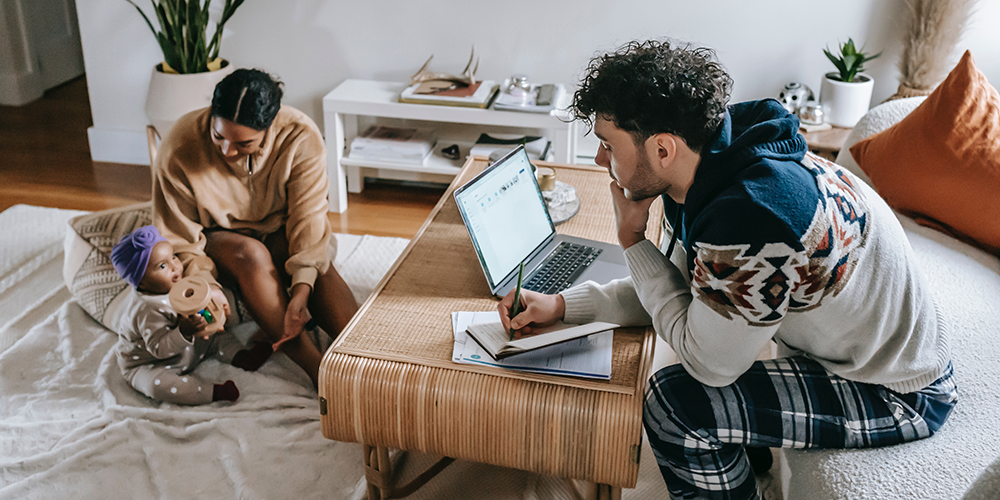 You’re probably familiar with the old TV/movie trope where an ancient civilisation reacts with blind panic when a solar eclipse blacks the sun, assuming it’s the end of the world.

Although our understanding of eclipses has improved, our ability to understand catastrophes doesn’t seem to have evolved much.

Which brings me to where I am sitting now – I am so busy it’s ridiculous. All of my clients want something wrapped up before Christmas for no other reason than to clear their slate and start fresh in the new year.

I could mount an argument that many of these projects could move into January, but I’ve realised you can’t fight this human urge to want to shut everything down.

With that comes the catastrophe; downtime. And, if you’re not prepared for it, panic.

The reality is that freelance work is seasonal. It will differ depending on your industry, but I have found that after a couple of years out on my own, it follows a very similar pattern.

My midyear gets busy, my end of year goes crazy, and after Christmas it’s as if someone has turned the lights out. My work dips to nothing and slowly starts picking up from February.

This took me by surprise in my first year, but now in my third I’ve learned some valuable lessons.

“The three most harmful addictions are heroin, carbohydrates, and a monthly salary.” – Nassim Nicholas Taleb

I look at my income as four quarters, not twelve months or fifty–two weeks – you know, like a business.

As humans, we love patterns and predictability, which is one of the reasons why the wild ride of freelance is not for everyone.  When you can beat the seasons by cranking the aircon on hot days and eating imported blueberries all year round, we are (or at least I was) blissfully unaware that work has a seasonal aspect to it.

Yes, your mortgage is fortnightly and your credit card bills are monthly, but as a freelancer, you are now living in the world of business quarters. They are going to be very different – and depending on your industry, your income will vary. You’ll now need to look at the financial year and predict when the up and down times will be. Make allowances for dips and troughs, and adjust your expectations.

As I explained in a previous post, I map out anticipated expenses over the course of the year in a spreadsheet, and then factor in that I’ll need to earn enough to cover them over 10 months, erasing January and February from my calendar.

Don’t panic (which is much easier said than done)

Spreadsheets can only protect your fragile sense of self-worth for so long.

I was having beers with a friend, a creative freelancer who is supremely talented and highly sought-after. He started up on the notion that when the January lull comes in, even he starts to make up imaginary plans B and C just in case.

It was such a relief to hear this.

I have an Evernote folder teaming with these back-up plans that are all dated around that time last year. They mostly relate to business ideas for industries I don’t know much about. Like custom bowls that are measured to the size of your fist (because that’s the mythological size of your stomach) and the idea of embedding fresh coffee beans in jewellery as a pallet cleanser for foodies. Solving problems that don’t exist for the sake of feeling productive and to curb that creeping feeling that my client work will never come back, but it always does.

Do stuff for love, not money

Last year, I helped a friend brand his business platform. He was a DJ and entrepreneur who decided to turn his 20–year passion for meditation into his job. Instead of paying me, he taught me how to meditate. I now do it regularly enough to call it habit, and it helps wind down my busy mind, which too often whirs away at the expense of other important things.

Because I have baked the downtime in, it means I can help friends do their “thing” at no charge. I’ve named cafés, helped activists stick it to the man… little jobs that seemed small, but have attracted conversations, people, and things into my life that have helped me.

These are often contras; skills in exchange for skills. It’s a very rewarding way to work. It also keeps me moving and builds up that natural momentum that never fails to draw in the paying work.

This is what modern “networking” is. It’s not attending fixed events, handing out your business card and telling people you can help. From experience, I think your energy is far better placed into projects and people who give you a chance to show the world what you value, and what you do.

This is by far the hardest thing you could try to do. But ironically it may be the most beneficial. The science is in and it tells us that some structured boredom is exactly what your brain needs to allow all  the things that are whirring around in your mind to evolve into useful ideas.

Doing nothing is now a luxury. I met a guy who travels the planet assisting early stage start-ups and he told me what the most common and unsuccessful start-up idea is.

It’s the idea of an app that allows you to pre-order and pick up your coffee.

That’s because counter to what we’ve assumed, we aren’t just paying for the caffeine, we’re paying for the wait. That little nugget of downtime is so scarce and valuable, we don’t want to give it up. Have you ever queued for an hour for the best croissant in town? I have, and they were totally worth it, because the anticipation and time invested forced me to enjoy it more.

This just illustrates the truth that time is far more valuable than money. When you look at it like that, perhaps the downtime I’m about to experience isn’t a hindrance, it’s the best thing ever. I’m going to play with my kids, potter, hang out with friends and family and enjoy the summer like I did when I was a kid.

Which brings me to an idea I’m thinking of trying out next year. Instead of logging the days I’ve worked, maybe I should log ones I don’t, and use that as measure of whether this freelancing thing is a worthwhile way to make a living.

Ben Keenan is an award-winning multidisciplinary creative director, copywriter and technologist who makes things out of culture and technology as The Thought Police.

He has led the digital and social creative offering at Clemenger BBDO and M&C Saatchi, been head of the prestigious AWARD School and presented at SXSW in 2017 & 2018. See left, where he hung out with Tim Feriss at SXSW.

He's now an independent projecteer and passionate teacher who makes documentaries, writes and thinks about the future in his spare time.

7 things creative freelancers like me never talk about (but should)

It’s called the gig economy, projecteering, or solo entrepreneurship. Whichever buzzword you choose, being solely responsible for your own living is...

1. Remember your passion The reason many of us embark on self-employment is that we have passion for our profession. That can get lost in the rush to meet...